LabdeMed employs a number of specialists who have more than earned their spurs. 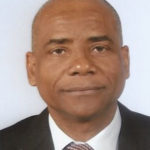 Mr. Le Blanc joined LabdeMed as General Manager in 2012. Prior to that, he worked as a staff member and clinical biochemist in the Chemistry/Hematology department of the National Laboratory, where he was in charge of the organizing the outpatient activities. From 1993 to 2012, Mr. Le Blanc held various positions as laboratory management consultant, director, staff member and lecturer at various institutions in Curaçao, Aruba, Bonaire and Suriname. In addition, he was responsible for the National Laboratory in Bonaire. Furthermore, from 2003 to 2015 he held the position of head of the laboratory and of consultant at the Fundashon Mariadal Hospital in Bonaire.

Mr. Le Blanc is registered as: 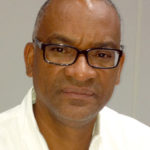 Mr. Eddy G. Balentien obtained his Master of Science degree in Clinical Immunology in 1985 and after that his Doctor of Philosophy degree in Experimental Pathology at the Emory University School of Medicine in Atlanta, Georgia, U.S.A. in 1990. He continued this with a Fellowship in Clinical Immunopathology at the Presbyterian University Hospital in Pittsburgh.
From 1991 to 1999, Dr. Balentien was head of the Immunology Department at the National Laboratory. Since joining LabdeMed, he has been in charge of Research & Development, as well as quality assurance.

Always at hand: the LdMApp

With our user-friendly app you can quickly find information about our services. Such as puncture locations, opening times, test results and ‘botika na warda’. Download the LdMApp in the App Store or Google Play Store now. Want to knowmore? Call our head office (+ 5999 736 1030) or pick up the brochure at one of the LabdeMed puncture posts. 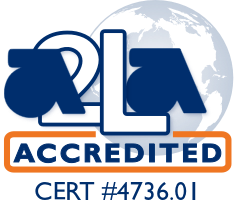